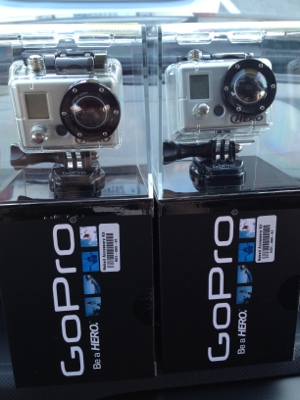 I picked up a few GoPro HD HERO cameras to keep around the studio. Although their primary use will deal with providing interesting camera angles a new web series I am working on called 4-Wheels/16-tracks. I am hoping to use these to get some in-the-studio videos of different recording sessions so that I can edit them with the recorded music and then post them on the internet in some form or another. I am aware that these cameras were designed to be used in extreme environments but I will probably just use them to get shots I can’t get with other cameras.

I am planning to test them out for the first time this Friday with When, Not If at Doc’s Music Hall. It will be interesting to see how these cameras perform in a low light environment. 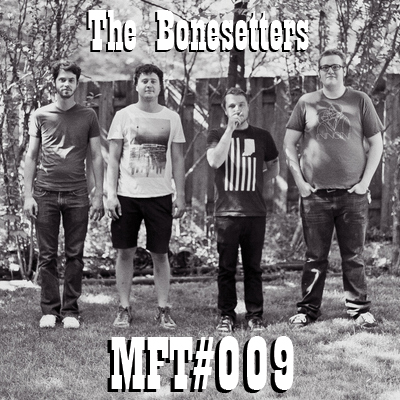 Listen to MFT#009 w/ The Bonesetters while you read!!!

This week I am bringing you a live performance by The Bonesetters. They originally formed the band in Muncie, Indiana but have since moved to the fountain square area of Indianapolis and have been making a name for themselves ever since. You can read a review of one of their performances at NUVO to get an idea as to how well they are being received by the Indianapolis music community.

These guys bring a blend of rock, pop, and folk elements to the metaphorical table. While their older material consisted of larger and more rockin’ material, I feel that they are starting to head into an area that is slightly more tame and tasteful while still maintaining their rock roots. The Bonesetters performed three new songs for MFT#009 and although they are still rock songs, they are also a bit more stripped down than their cadre of musicians all performing seemingly simple parts that all came together to form a complex arrangement. Now it seems as if they are doing more with less. Although there are only four musicians, each part is becoming more complex and tasteful. They are maturing together as a band and it is showing in their music. I am looking forward to hearing new musical creations by this band in the future. Currently, the band is looking to put together a tour for July and are looking to begin recording a new full-length in the near future.

Last but not least, we are bringing video back. Lauren and I have purchased a new camera (Canon 5D Mark 2) so that we can try to capture these sessions with proper video quality. The Bonesetters were our first guinea pigs in terms of testing things out for the first time. Now that we’re able to handle video properly, it will become a much larger aspect of sessions to come! However, in the meantime, enjoy this scatter-brained video that we threw together with the test clips we had taken.

Oh, and last but not least… Don’t forget to check out The Bonesetters on the internet. 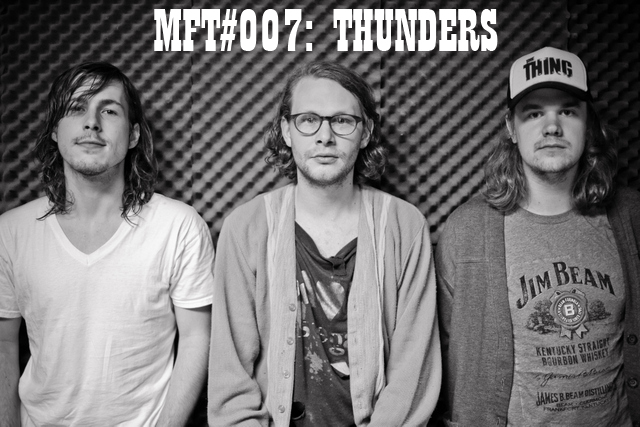 [From left to right… Zach, Grady, Travis, and Stephen]

Alright, I am going to have to give you a bit of warning up front… I’m a musician and a recording engineer first and foremost. Not a writer. However, I’m going to try not to let this get in the way of things. This post marks the first of many exclusive recording sessions for Musical Family Tree to be booked and tracked at Reber Recording! This week I got to work with a goofy bunch of rockers from the good ol’ Muncie of Indiana known as “When, Not If.” These fine gentlemen were kind enough to be guinea pigs for MFT Session #001. We couldn’t have asked for a better group to work through the various issues that seem to materialize whenever try something new. Nonetheless, there was a good time to be had and many laughs by all.

The following photos were taken by Lauren Bultman Photography
Created with Admarket’s flickrSLiDR.

Now, in addition to the recording session and photo shoot, we are also conducting video interviews with our selected bands. Let it be known that I am a recording studio and that video is not my normal medium. I am hoping to improve my video making skills with each new session so I hope that you stay tuned and grow with us. This first interview was made with a canon FS100. It’s pretty decent, but we are already talking about upgrading to a new camera in addition to bringing in some lights so that we can deliver a much more professional product.

So there you have it… This concludes MFT#001 by Reber Recording. If any of you writers/contributors out there are interested in helping me improve the written aspect of this package I would very much enjoy hearing/reading your thoughts.

These guys spent 14-days recording here at Reber Recording in Muncie, Indiana. Sadly, the record label that was footing the bill (ahem.. Mossback Records) ended up crashing and burning in a horribly unpleasant mess of poverty and despair. However, like a magnificent phoenix, The Bonesetters are unshook. They are determined to find the necessary funds to get their album off of the studio shelf and into the ears of their fans. BUT THEY NEED YOUR HELP!!!! Please donate whatever money you can spare and help them to put out this record. They have worked really hard to make it sound as large and amazing as possible. They really really really really want you to hear it. I want you to hear it as well. So, let’s make it happen! Open up your digital wallets and make it rain!

CHECK OUT THEIR KICKSTARTER & DONATE TODAY! 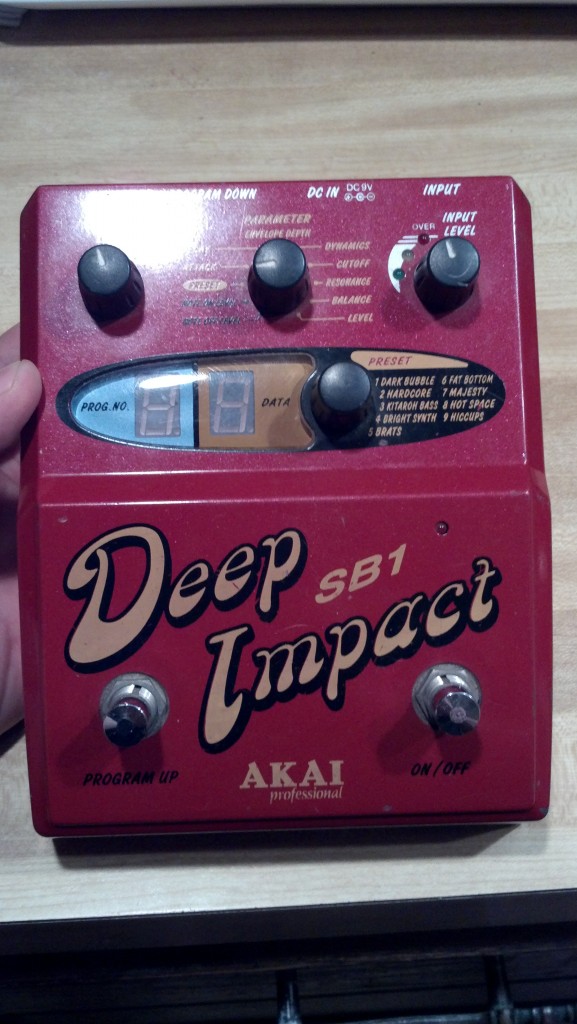 This pedal has been on my list of “must-have-pedals” from the moment I first heard demos of it via youtube videos. Alas, I have never been able to purchase one on eBay because they are either selling for $$$$$$$$$$ or the auctions are over within minutes of starting. These are incredibly rare synth pedals; highly sought after by bassists. Ah well, my search is over. At long last, I now possess an Akai Deep Impact SB1. It is magnificent. This is good news for a number of reasons. The first of which being, I now own this pedal and can use it whenever I want!!!!! Secondly, it’s become assimilated into my recording studio and will be made available to the musicians recording with me!

So yeah, fuck all of this noise. I’m going to get back to turning knobs.