Yesterday was dedicated to moving and cutting a bunch of heavy-ass used railroad ties to create a border for our backyard fire pit area. Today, we had the pleasure of loading, unloading, and spreading a whopping 2,880 pounds of gravel. I feel like I said that way too fast… Let’s revisit what I just said with a bit more gravity. You see, we don’t have a full-size truck. So, that means we had to actually load each of the 60 48-pound bags by hand. Then, we drove to the house and loaded them into a wheelbarrow 5 at a time and moved them to the backyard.

It’s safe to say that I’m going to be sore AF tomorrow. I can already feel it. Moving bags of rocks is one hell of a way to spend a beautiful Sunday. Despite my aching back, it looks pretty awesome so far. We’ve got 15 more bags to pick up tomorrow and we’ll be done with the gravel part.

Oh, in other news… We learned that under no circumstances should you attempt to burn railroad ties scraps. Being that they are treated with creosote they’re basically the equivalent of burning a tire. So, if you’ve got scraps… be sure to dispose of them properly. The more you know!

Alright, that’s enough for tonight. All I want to do at this point is eat tacos and die. Well, not really die… but basically just be still and do my best not to resist gravity.

So when I mentioned that I tend to go a bit off of the deep end on my projects, I wasn’t kidding. After making the initial decision to attempt to master BBQ, I realized that I would need the proper tools to accomplish my lofty goals. Yes, I’ve had lofty goals ever since I was a child.

As it turns out, there are hundreds of videos, tutorials, forums, and blogs dedicated to DIY cinder block smokers and designs. These communities are all centered around cost and performance and proved to be a valuable resource for my initial design research. There were a number of different initial designs to choose from, each design comes with it’s own pros and cons. For the most part, all of these designs seem to stem from a traditional rectangular Texas-style BBQ pit in which the fire, cooking, and smoking are all done in the same chamber. However, that initial design has been meticulously improved upon over the years in a number of ways and I made sure to take note of each modification and the pros and cons associated. Eventually, I decided that I wanted to build a Reverse-Flow Cinder Block Smoker with a separate firebox. I wanted something that would allow me to have a steady temperature and a constant natural draw for good airflow.

While the majority of my design utilizes standard cinderblocks available at any hardware store, I also had a couple of stainless steel pieces custom-made from a local shop. I opted for stainless because this thing is going to be out in the elements and I didn’t want it to instantly rust. I opted not to pour a concrete slab for my build. I thought that leveling the ground would be easier/cheaper. While it proved to be way cheaper, it was not easier. If you have the option, pour a slab. When I do this again, that’s what I’m going to do. If you look below, you will see a few pictures of my build without the lid. I will be using cement board as a lid to buy me time until I have a steel lid manufactured. So yeah, here’s my prototype, I’m looking forward to putting it to use!

Below you can check out some pictures of my build. Pay no attention to all of the crabgrass. I know it’s there and will be addressing it after the smoker is up and running. Priorities. 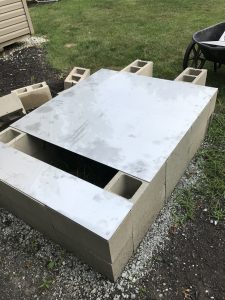 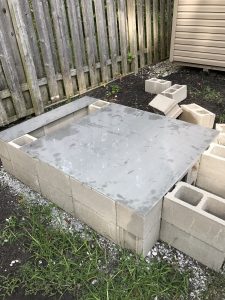 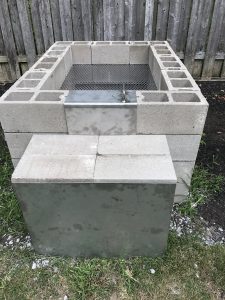 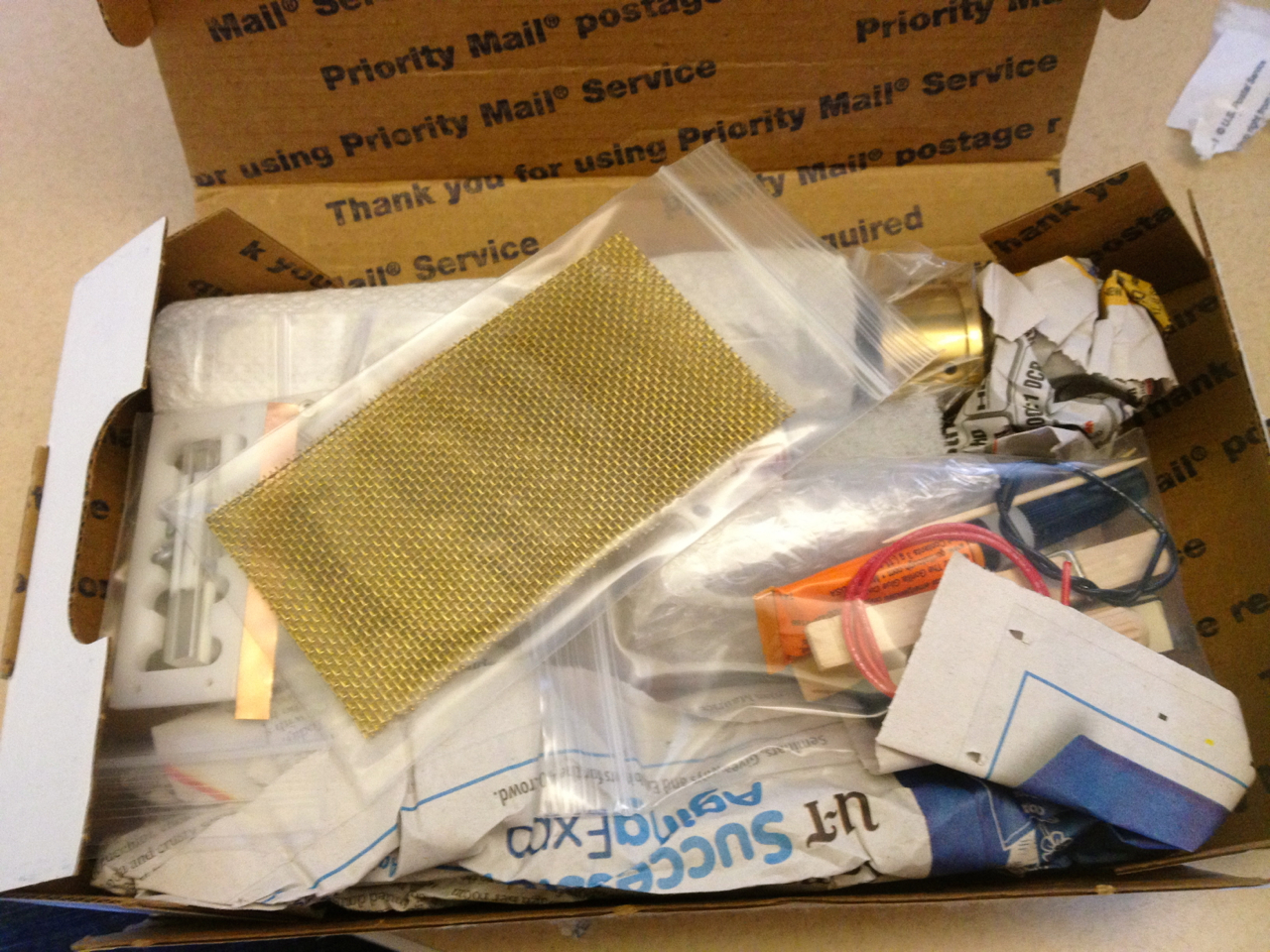 In my TCOM 631 production class we were given the option to either complete a series of software tutorials or learn a new skill. Being that I’ve been on a bit of a DIY electronics kick as of late I wanted to try my hand at  making a ribbon microphone. I’ve never built a ribbon mic before so I decided to start with a DIY kit in order to eliminate unnecessary complicatons.  I ordered my DIY ribbon microphone kit from DIYRIBBONMIC.COM and it arrived today. I plan on assembling this bad boy in the next couple of days.