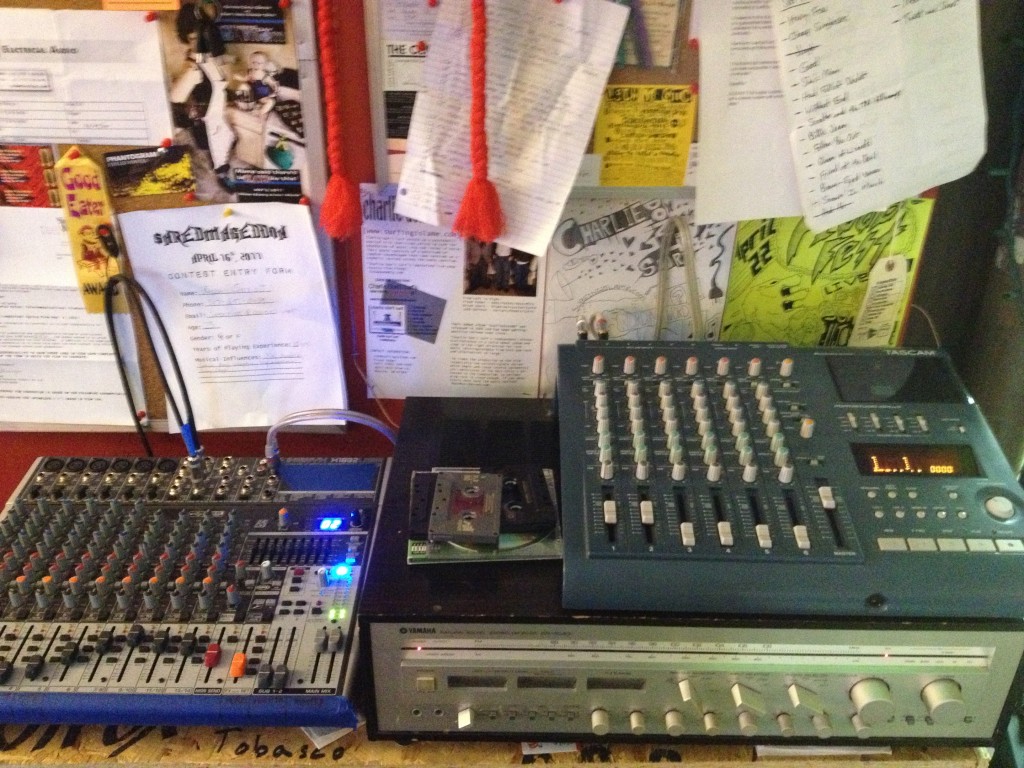 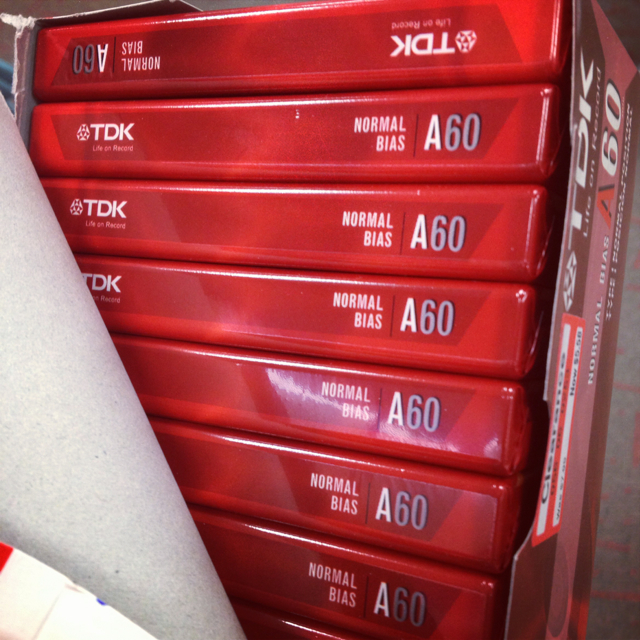 For as long as I have been recording I have been purchasing blank cassette tapes from Target. Today I bought the last case that they had in the store and it felt bittersweet. On one hand I am psyched that I was able to get them, but on the other hand I realize that I will have to order them from now on. I haven’t purchased cassettes for quite some time now so it all sort of worked out. I made the decision to release 10 cassette versions of my new EP and Target had exactly 10 cassettes.

I’m a bit bummed about these cassettes being “normal bias” instead of the “high bias” that I usually get, but this is all that they had. I’m sure I’ll get them to sound fabulous. Besides, most people will buy the cassette version for the nostalgia… I doubt many people will actually listen to the tape. If anything, they’ll put it on a shelf and then use the download code. I just wanted to reconnect with the way I used to record when I first started.

I spent the majority of my morning and early afternoon soldering up some XLR cables and watching episodes of Futurama on Netflix. I have a ton of cables to make before I will have enough to properly test my new mobile recording studio. I am planning to test it out this coming Friday at Doc’s Music Hall. The plan is to record When, Not If’s last performance at Doc’s before they move down to Austin, Texas. It was only after I decided to debut it on this particular Friday that I realized it was going to be Friday the 13th! What are the odds that it was going to come down to that particular date? Ah well, it’s a good thing I’m not superstitious. Now where in the hell did I put that 4-leaf clover?

I decided that I needed some more storage space in the studio so I went out to the garage and fabricated myself a new shelf for some of my stereo components. It’s nothing fancy but it’s suuuuuper functional and that’s really all I care about. Anyway, here’s what it looks like when it’s all loaded up and stuff…

This year I spent my spring break building bass traps for the studio with my good friend, Ian. While most of my friends were tanning on sunny beaches, my week was comprised of whiskey, meat, and power tools; albeit not at the same time. When all is said and done expensive tans that will fade but my new bass traps will last for a long, long time. The project is still not 100% finished. I am still waiting on my fabric to arrive so that I can stretch it over the front of these traps to make them more visually appealing. I purchased 25 yards of barn-red burlap to use as a finishing material so that it would match the current color scheme in the studio. They are going to look AMAZING!

Bass traps can be expensive due to their size and weight… Shipping costs can be pretty extreme. I decided that it was in my best interest to build my own based on my needs. I enjoy working with my hands and saving money so it seemed like a good fit. Also, by building them myself, I can be sure of the quality of my traps and will be able to make future adjustments if need be without having to contact a manufacturer. All in all I am building 9 bass traps for the studio but I was only able to finish 7 of them in a single week.

I’m still rather sore from the 7 continuous days of the physical labor that went into creating these things but it’s a good kind of sore. I mean, it wasn’t like I was working at a balls-to-the-wall pace for the entire week. I made sure to schedule some rest and relaxation as well. Ian and I made it a point to have a cookout every night of the week. We ate exceptionally well… Oh, and I made sure to document the feasting with my iPod so that I could share it with all of my friends that were busy posting pictures of beaches in a future post.