Since I opened my recording studio I’ve been so busy recording everyone else that I hardly have time to make my own music. It’s been a while since I played in a band that did more than just make noise and record. That being said, I’ve put together a new band, an actual band, that I’m hoping will go beyond the recording phase and actually break out of the studio and into some venues. We’ve already started practicing and working together to hash out and develop the sound that am aiming to create.

It’s been a while since so much has been demanded of my fingers in terms of bass playing. I have had to implement a rigorous practice regiment in order to build up my endurance and stamina. I need to get back into rockin shape in order to pull off the energetic bass lines that I’m wanting to deliver.

One of the exciting things about forming this new band is that I’ve found myself revamping my bass rig and pedals and making sure that everything is in tip-top condition for tonality. For instance, I’m replacing my home-made wooden pedalboard that has served me for many years. I ended up finding a deal on SweetWater for a “Open Box” Pedaltrain board with a hardcase for 50% of the normal cost. I couldn’t pass it up. I mean, take a look at this beauty! 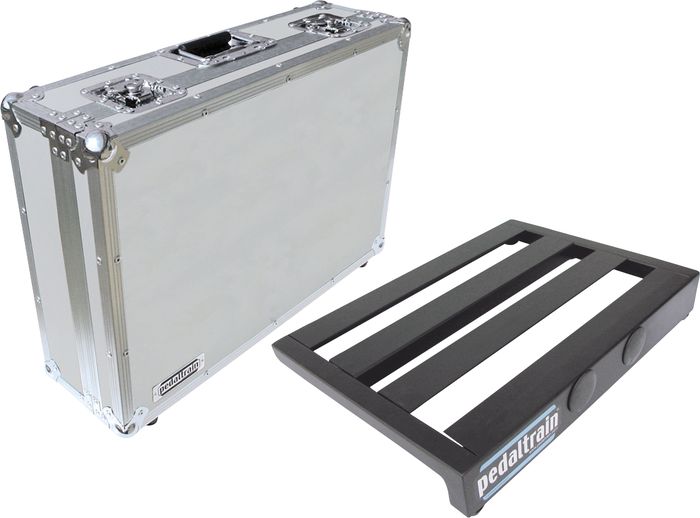