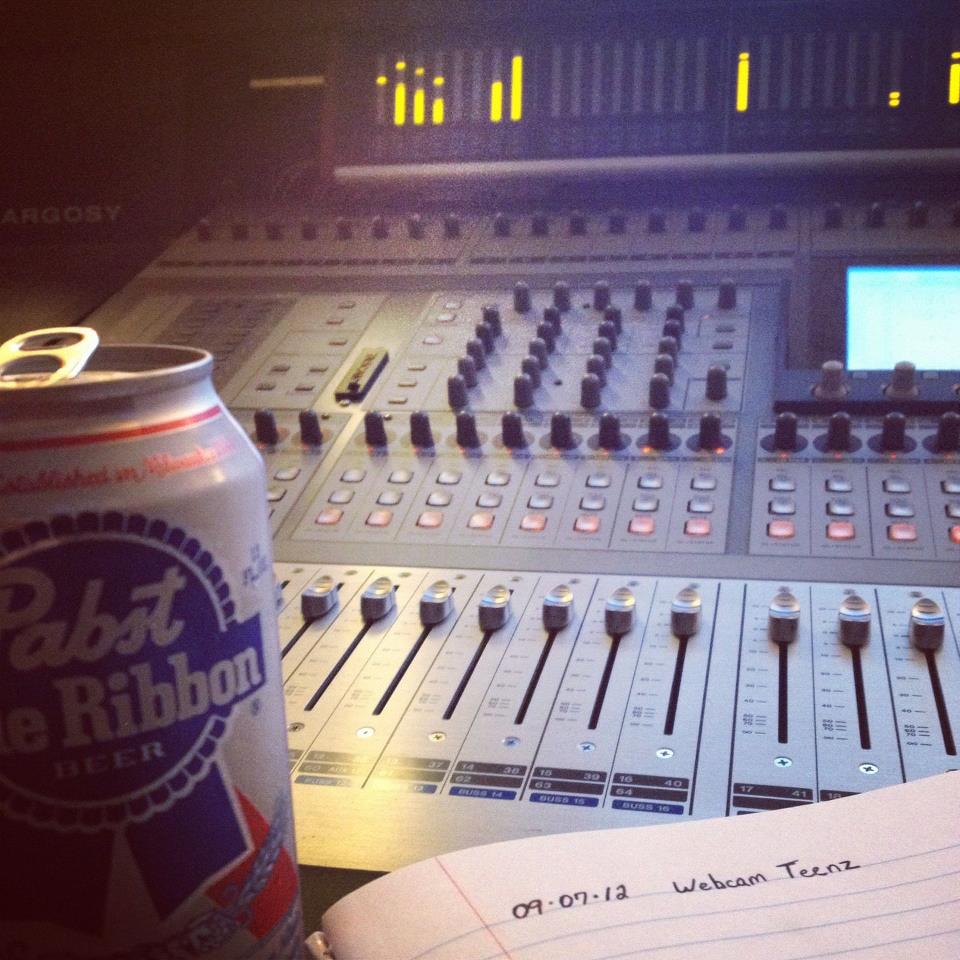 While most of you people were spending your Friday night out at the bars or sitting on the couch playing video games in your underwear, I was at home with a fever and what felt like the flu, recording the infamous Webcam Teenz. For those of you that are not in the know, the Webcam Teenz are a punk band in Muncie, Indiana. I’m sure that this information will immediately cause a discredit to those of you that are from either of the coasts. No one on the coasts seems to give two shits about music from Indiana. This is most unfortunate because there are a lot of awesome bands doing great things in this state.

The Webcam Teenz are a punky, surfy, and garagey band that pumps out a bunch of catchy tunes full of angst and humor. We recorded ten tracks in the midst of one of the craziest thunder storms in years. The lightning was so consistent it was like a strobe light. I’m fairly certain that none of the thunder made it to the final recordings but if it did it will just end up adding some extra character to the session. It’s a good thing that I am keen on saving throughout the sessions because there was one point where the storm knocked out the power. Just a minor setback to an otherwise flawless session. I can’t wait to get these songs mixed.

I’m going to get off here and get some sleep now. My day has been freakishly long being that I had a legal meeting at 9AM followed by teaching labs at Ball State from noon until 2 and, last but not least, I was recording from 3 until 11:30PM. I am thoroughly exhausted. Gnight.