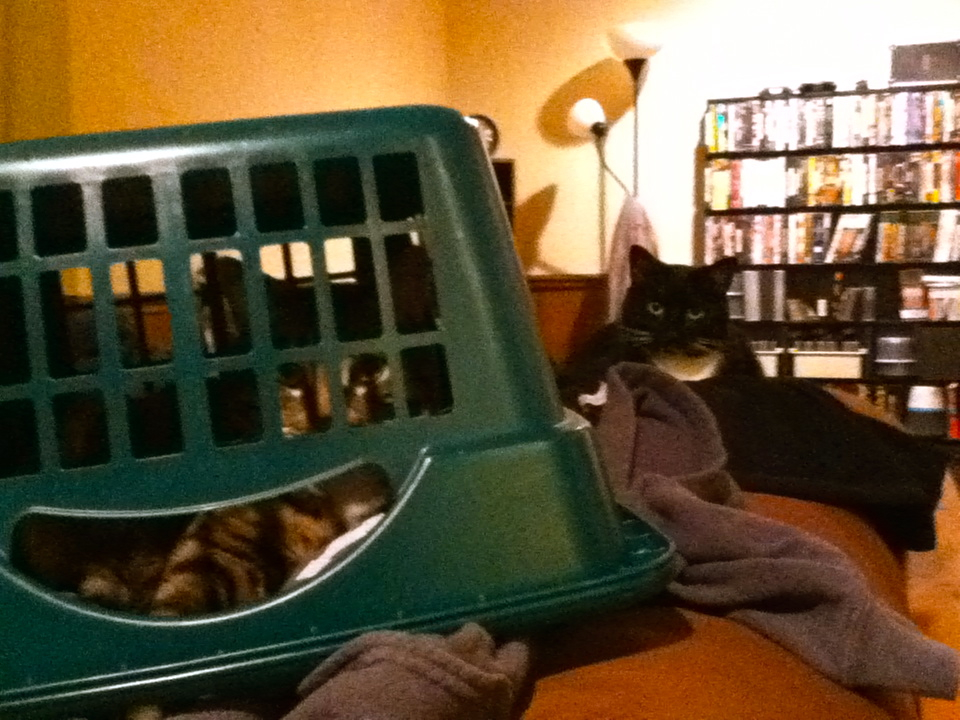 I had assumed that this would startle Maximus Prime (the cat in jail). However, shortly after I placed him in Laundry Jail, he went to sleep. So much for trying to reform him into a productive member of society. He’s going to be on kitty cat welfare for life!