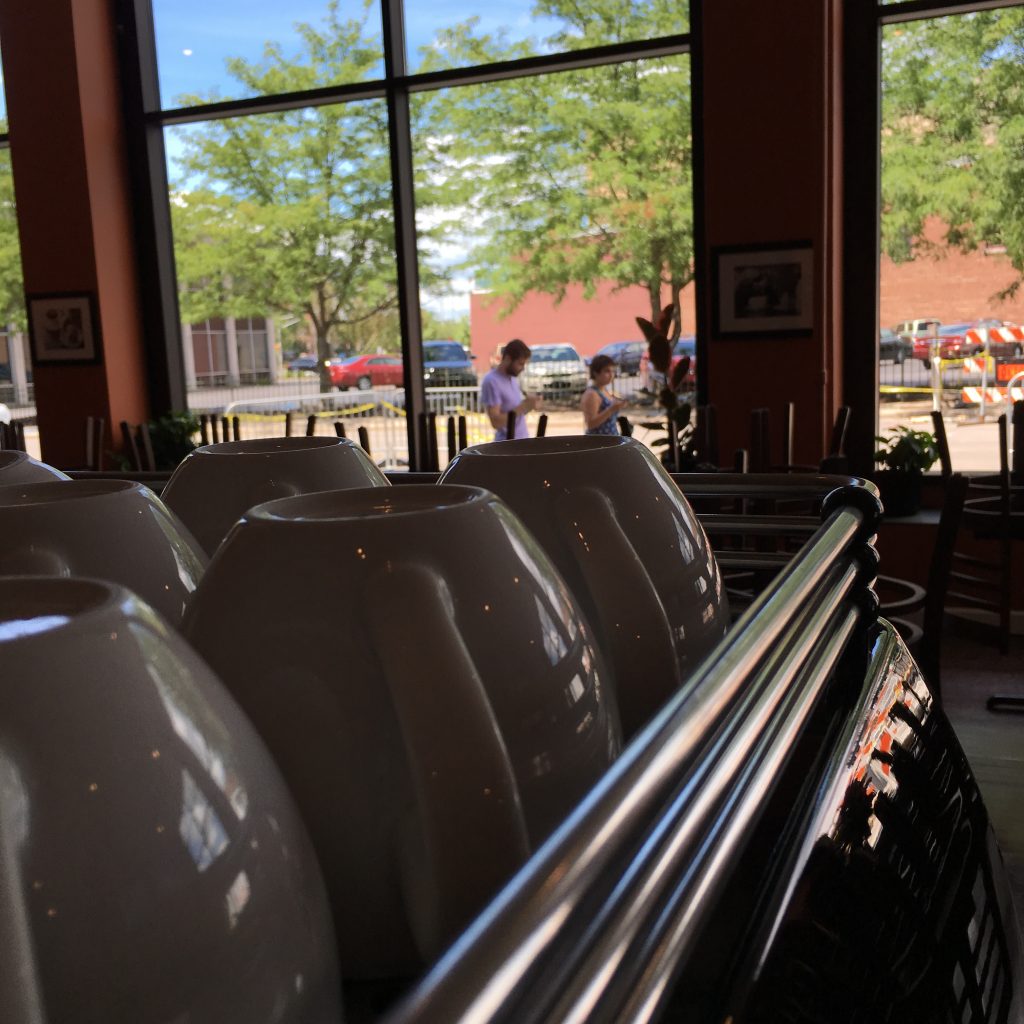 First and foremost, I want to state that I think this game is pretty awesome. I mean, it’s encouraging people to get out of their homes and exercise! It’s possible that Pokemon GO will do more for fitness than the whole fitbit movement (maybe that’s a bit of an exaggeration… ha!). I have the game on my phone and have been playing loosely since it had come out. I see both positives and negatives. On the plus side, we have increased physical and social activity. On the negative side, we have people walking off of cliffs, getting hit by cars, and trespassing. That being said, this is a relatively new gaming concept and we’re in the process of writing social rules and norms as the game unfolds.

My wife and I own a small coffee shop in downtown Muncie, Indiana. Since the launch of the Pokemon GO game, we  have been inundated with flocks of people loitering outside our business. At first, we thought that this would be a good thing because it would bring more people to the downtown area. More people translates into more customers for downtown businesses! Or so that’s what we had initially thought.

It has, in fact, done the opposite for us. Now, I can’t speak for everyone, I’m sure that there are exceptions (there always are). However, we have not seen any surges in business. Players have resorted to driving their cars up to our shop, taking up our parking spaces, and blocking access to our normal paying customers. We have seen sales drop close to 20% on certain occasions based on this new phenomenon. What’s more, we are in a beautiful historic building with large pane windows. Pokemon GO players have taken to leaning on the windows and leaving sweaty back prints in addition to causing these windows to flex (they were not designed to sustain leaning). I want it to be clear that we love the game and think it is a fun new adaption of technology. However, we did not volunteer our space (which was designed to be a coffee shop) for these purposes. After much debate, we have decided that we are going to formally opt our location out of the pokestop index. We are opting out because there is no return of investment on this new traffic to our business. It is not adding any value to our downtown location. Instead, it’s encouraging loitering and has even turned customers away. We are paying rent, taxes, and etc, but we see no income from Pokemon GO and yet the game is costing us money. We have two stops on our corner of Charles Street & Walnut. In all fairness, I would love to see our pokestops moved to Canan Commons so that people will still be able to take advantage of a beautiful public space without hindering our normal flow of business.

So yeah, that’s basically my take on Pokemon GO. It’s a really fun game with a great concept. However, the users of the game need to be more mindful of their gaming ethics. The game boots up and reminds you to be aware of your surroundings. That message goes beyond your own safety, it means you should be mindful of all aspects of your surroundings. Please continue to play, be safe, and game responsibly. Much love!