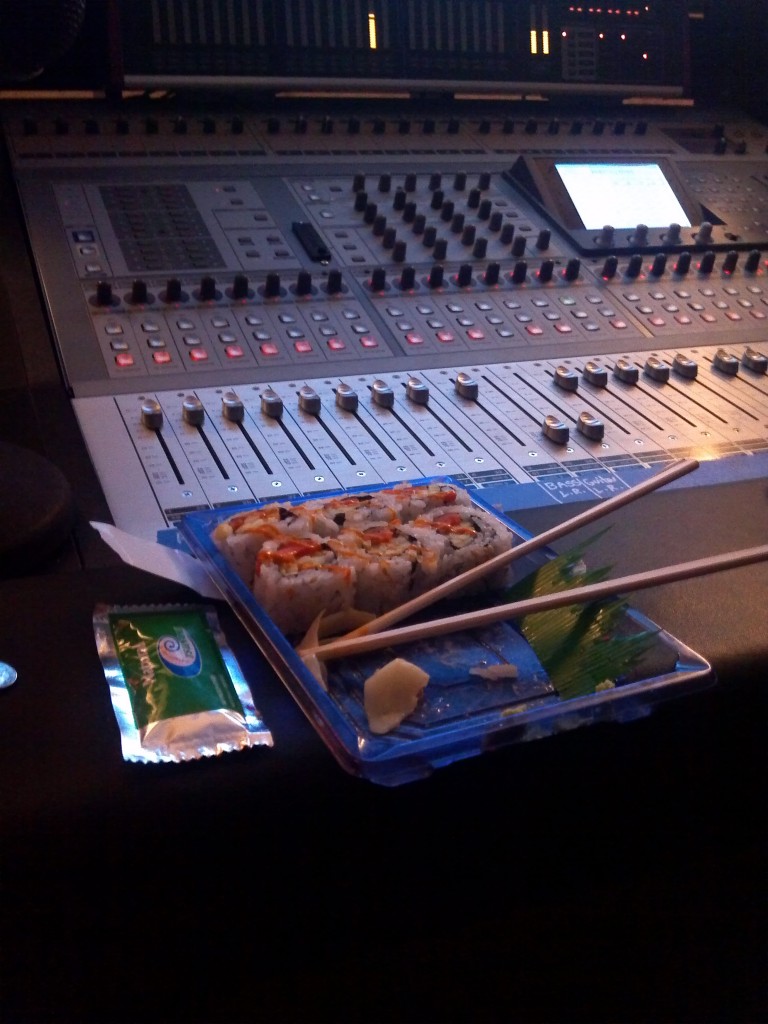 It’s always nice to throw in a little change and variety into the studio diet. That’s where sushi comes in. Now, this sushi is by no means the best, but it’s still fairly decent. It provides a much-needed refrain between the burgers, pizzas, and bread sticks that typically dominate studio lunch and dinner breaks.