Listen to MFT#002 w/ The Bears of Blue River while you read!

This week we were fortunate enough to hook up with The Bears of Blue River on the last leg of their Dastardly Tour. Our session took place on a Tuesday morning before they were scheduled to drive up to Michigan for their last two shows. We were scheduled to start at 10AM but The Bears had played a show the night before so I had expected them to be a little late. It was a good thing I did because they didn’t end up arriving until 10:30. The band loaded in around 10:45AM while I made up a big pot of coffee. Early morning sessions are usually pretty rough. It just isn’t natural to make music early in the morning unless you stayed up all night and haven’t gone to bed yet. Nonetheless, we marched on in the hopes that the morning bummers would pass (and they did). We hashed out a few early takes to get everyone warmed up and feeling good as the fatigue fled our bodies. I can hear the early morning hour retreating throughout the session.

The weather was exceptionally warm for February which made the outdoor photo shoot nice and comfortable. The Bears picked a few hats, glasses, and props from around the studio and trudged out into the forest to have their likenesses captured by Lauren of Lauren Bultman Photography. The photo session was pretty fun. The Bears made sure to include my dog Cleo in the shoot… oh, and a grill. Yeah, it was one of those mornings.

We didn’t have a whole lot of time to spend on the interview process because the band needed to hit the road if they were going to make it to Michigan in time for their load-in. Despite our limited amount of time, we were able to get a quick interview with The Bears of Blue River. Hopefully it will make you crack a smile. 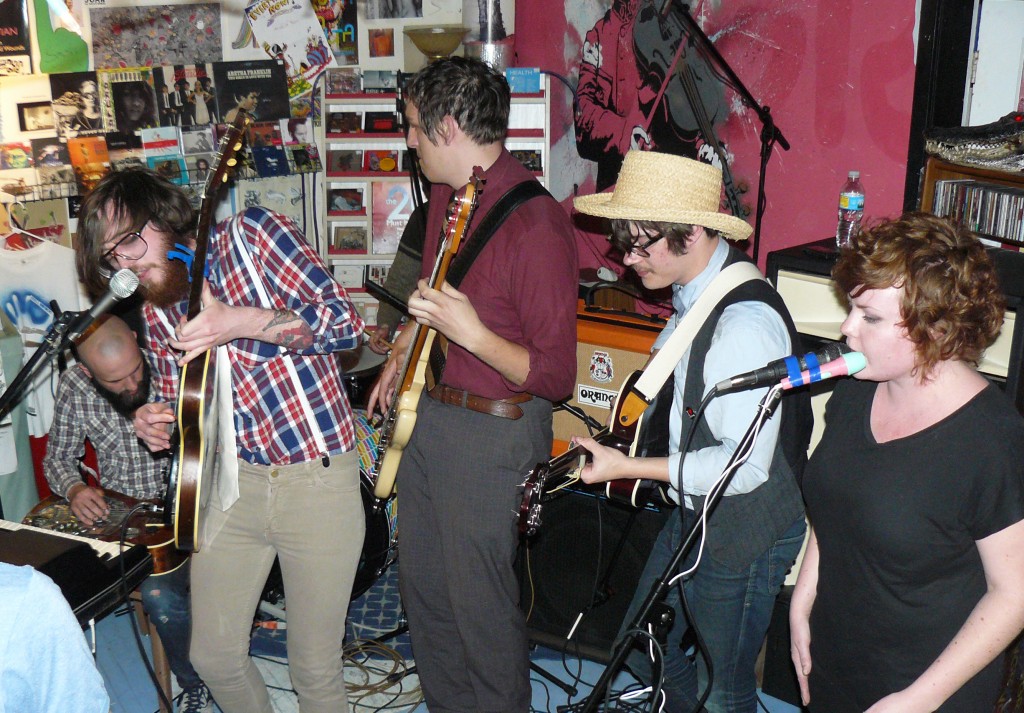 Fresh off of the ol’ hard drive I’ve finished mixing and uploading a live set by The Bears of Blue River from 03.24.2010 @ Village Green Records in Muncie, Indiana.

Although the band has its roots in Muncie, they are currently making a name for themselves in Chicago, IL.

Anyway, enough with the time wasting… You can download the entire 12-song set by clicking here.